When Enough is Enough? 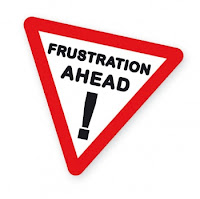 With all the scandals which has rocked the Obama Regime, there's been a lot of talk about impeachment from the Right. But, as I recall, there was talk about impeaching George W Bush too, just as there's considerable chatter about the removal of Holder, Boehner, Pelosi, or whomever. That would be the logical thing to do, that is if we were dealing with an otherwise legitimate government. However, we're not. This is not the government bequest to us by our Founding Fathers. This is not the government guaranteed to us under the Constitution. It is not the form of government we celebrate the creation of on the 4th of July. It is not a government which represents the will of its citizens. It is, however, the type of government that our Founders warned us about. At present, our voices and our votes count for little. What matters apparently is money, for its money which the Supreme Court said represents free speech. It also money which equates to access, and with access comes power; something "We the People" are denied.

What should we do then? How should a people express their dissatisfaction with a government which no longer serves the People, but instead, bows to the will of artificial entities rather than flesh and blood? Our Constitution, while pandered to by those who go through the motions to serve, is still much in force by the People for whom it was written, gives us the answer. It tells us that if the government fails in its duties, then we have both the right and responsibility to modify or change that government.

Since our votes and Will count for little thanks to the misrulings of the Supreme Court vis-a-vis McCutcheon and Citizens United, and district gerrymandering by Congress and state legislatures, how about another tactic for your consideration? We as Citizens have the right (for the present) to protest. However, we are expected to do so within certain restrictions; restrictions designed in part to take the "sting" out of the our collective voices since all too often the representatives are either not there or fail to even notice us unless they happen to catch mention on one of the local news channels. Certainly not very effective, and since money is not only "free speech", but also access, what if we took it further still to make our point?

Specifically, what if we took our signs; our demands; our voices to the very street and indeed, in front of the homes where "our" so-called representative live? I'm sure there may be some sort of hoops to jump through, but would that get their attention? Would that make up for our lack of "free speech"? I just might be worth it. What if we expanded it to include the residences of their staffs? Do you think they'd make their boss aware our displeasure? If not, I have no doubt their neighbors would.

As for lobbyists, who are little more than errand boys and girls on behalf of the one percenters and corporations, perhaps they too should know our displeasure with plans to move jobs overseas, harm the planet, or get taxpayer based welfare. The names of their presidents and boards of directors are publically available. Use it. Make our displeasure felt not just at public parks, on street corners, or at memorials, but where they live...literally. When they get tired of having their dirty laundry paraded in front of their neighbors, they'll get the message.

Remember, we are no longer a democratic republic; the government given to us by our Founding Fathers, or as Abraham Lincoln once proclaimed, "of the people, by the people; and for the people". The government is an oligarchy. Officially. A government responsible to the top 1% wealthiest individuals and to a small clique of banking and corporate elites. In short, Washington no longer represents Mainstreet America. It represents Wallstreet.

In a land where the rule of people has been supplanted by the weight of the dollar, is this how America must act? Our Founding Fathers would have said yes. However, the decision is yours to make America, once you've decided enough is enough. Think about it.
Posted by Paul Hosse at 7/04/2014 10:57:00 PM