What Should a Patriot Do? 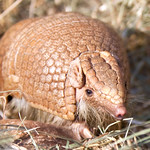 You know, I often get accused of all sorts of nonsense or called names. It comes with the territory for being a non-partisan political writer and community organiser I suppose. After awhile, you kind of develop the skin of an armadillo; a solid sense of humor doesn't hurt either. Everyone once in awhile, someone will say something that actually gives me pause. Sort of a "say what?" moment.

A few weeks ago, I was reading an article about the upcoming 2015 race for Kentucky Chief Buffoon...I mean Governor. Sorry, my bad. The article discussed the possible candidacies of current Lt. Governor and former Louisville "Mayor-for-Life", Jerry "His Excellency" Abramson, current Kentucky Attorney General, Jack "Please Love Me" Conway, State Auditor Adam Edelen, and James Comer, the Agriculture Commissioner and perhaps the Kentucky Republican Party's one bright star. Former State Auditor and political powerhouse Crit Luallen and novice Stanford banker Jess Correll were also mentioned as possible contenders (Abramson has since indicated he will not run).

I had briefly commented that of the lot, Democrat Crit Luallen is probably the best qualified candidate in terms of experience and temperament. Edelen has shown himself capable, but there's been some questions about his relationship state lobbyists. But on the other hand, he has done a Yeoman's job with his investigation of Kentucky's Emergency Management Agency. On the Republican side, James Comer is the banner carrier for the beleaguered KYGOP. The article went on to discuss Kentucky's junior Senator Rand Paul's support of Republican Minority Leader, Mitch McConnell's upcoming race for re-election and the possibility of a presidential bid by the junior Senator.

I added in my comment that Rand needed to be less focused about a run for President and more on getting re-elected, especially since he lied to his core group of supporters, the Tea Party, over the issue of amnesty for illegal immigrants. Paul originally said he opposed any form of amnesty for the estimated 12 million illegals currently in the US. However, since he's "buddied up" with the anti-Tea Party McConnell and joined the so-called "Gang of Eight", his position changed with his raising notoriety. It seemed, I said, that the more public attention Paul gets, the more he seemed to distant himself from his base. 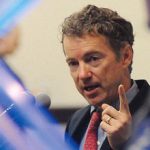 Granted, genuine bipartisanship in Washington is as rare as an honest man (or women) on Capitol Hill or K Street, bipartisanship kicks its heels high when it comes to gerrymandering districts in order to protect incumbents of either political denomination. However, even a junior Senator can't go around kicking sand at his core supporters before even his first re-election campaign, especially in a sparsely populated district as his. The Tea Party put a little known Bowling Green doctor into office and I have no doubt they can pull him out faster than a bad tooth. Well, wouldn't you know that someone took umbrage to my comment?
Here I am, expressing my own non-partisan opinion, and I get a comment from the nut gallery about how "surprised" they were that I, as a "key Tea Partier", would say something unflattering about the son of Ron Paul, the darling of Libertarians everywhere. Of course, they had nothing to say about my remarks concerning the potential gubernatorial candidates. I guess they like Crit. They just seemed miffed for some unexplained reason that I pointed out that Rand Paul needed to get his head out of the oxygen deprived air of Washington's Beltway, and his feet firmly planted back on the Kentucky Bluegrass that put him into office in the first place. It just seems to me that if you're to make promises, you should do your level best to live up to them. At least, that's what I was taught as a kid.

Now I'm not naive enough to believe every political candidate actually intends to fulfill all their promises. Most couldn't even if they actually wanted to. It's simply not how the game is played. Energetic idealists are often so overwhelmed by the reality of office, they haven't a clue as what to do once they arrive in Washington. As a result, they're taken under the wing of some more experienced member to show them the ropes (ie: who gives and gets the payoffs and where the real levers are power are). Little by little, they're ensconced in the muck they came to rake. Even if they're still intent on carrying out a modicum of their campaign promises, the bureaucracy and mechanizations of power (sub-committees, committees, special advisory boards, parliamentary manipulations, corporate lobbyists, etc) will insure they're kept so busy they're too tired or isolated to make "revolution".

All the same, someone like a Rand Paul, can at least stand his ground on an issue like no amnesty for illegal immigrants, but I suppose the bright lights of the various talk shows has curled more than his hair. It curled his tongue, and by that, I mean his ability to tell the truth. Amnesty is bad for America. It's bad for American workers. And the current plan is bad for those here illegally, and he knows it.

Knowing that though, I have to ask myself why patriotic groups like the Tea Party would keep helping to elect people like Paul to go to Washington and cooperate with a system which has long since stopped working for the American People. Think about it. Why would you want to "go along to get along" as former Speaker of House Sam Rayburn used to say when you're whole argument is that the system is corrupt and rotten to the core? Wouldn't you instead try to elect people whose sole purpose is create a new Constitutional Republic by refusing to cooperate with the old one?

Maybe they shouldn't even be trying to get people elected. It seems that all it does is feed the system and sooner or later, corrupts even the noblest of knights errant. Instead, perhaps the objective of the Tea Party and other patriotic minded groups should be to educate the populace through grassroots' efforts (petitions, shadow economies, protests, citizen lobbyists, etc) and to create a revolving door of defeated "apparatchiks" to the point where they will have no choice but to adopt real change. In other words, harass and starve the Beast.

Oh, and for the record, I'm not a "Tea Partier", but I am a proud American and a Independent.